On March 28, 2013, I was diagnosed with breast cancer. I did chemotherapy. On June 12, 2013, I had a bilateral mastectomy. Even though the cancer was in my right breast, I felt that doing a bilateral would keep the cancer away.

I did seven weeks of radiation and finished the day before Thanksgiving. I would go in every two months to have a brain MRI. A CAT scan of my pelvis and abdomen and stomach showed I was cancer free for five months.

In April of 2014, they found a spot in my brain on the left side. After finding the spot, I had the gamma knife which is radiation only to the spot. Every two months I went in and they would find another spot. The first two spots looked like they were shrinking so the radiation seemed to be working.

I had a CAT scan done of my pelvis, stomach, and abdomen and they said that I had spots in my lungs and that I had a nodule on the curvature of my stomach. On December 15, 2014, they removed the nodule on the outside of the curvature of my stomach that turned out to be cancer. With being diagnosed with cancer for the second time, I packed up my things and moved to Missouri where my mom, stepdad, brother, sister, nieces, nephews, and cousins live so they could help me with this.

Because my oncologist was slow on returning my calls and he would give me conflicting reports I found a new oncologist that I saw on Monday, March 30. She ordered a CAT scan of my abdomen and pelvis and tested to see how the spots on my lungs are doing. I also saw a radiologist oncologist on Monday, March 30, and he wants to set me up for radiation to the brain. I told him I wasn’t ready for that yet and he said he would give me two weeks to make a decision. He gave me three options. One is to do nothing at all and let nature take its course. The second option is to do radiation only to those spots. The third option is to do radiation to the entire brain. But if I do radiation to the entire brain it will affect my cognitive skills. I told him that option number three was not an option. I have an appointment with him on April 14 to discuss treatment. I’m also filling out paperwork for the Mayo Clinic.

I am relying on God to get me through this difficult time in my life. 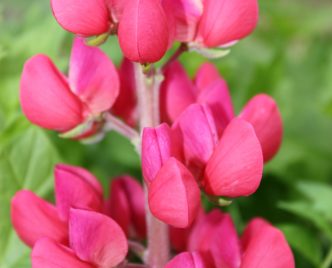